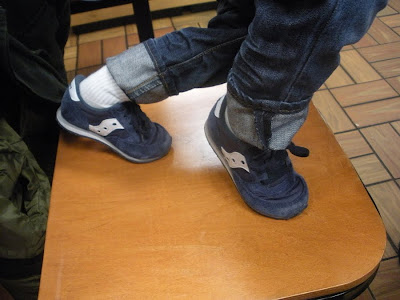 We had several new members at Taco Bell Drawing Club San Francisco. It was great mix of new faces and people who had been members since before there was a Taco Bell Drawing Club. Also, we were all treated to a Forward Moonwalking lesson by the preeminent scholar of moonwalking in the Northwestern United States. I thought it was a camera trick but then I remembered he was doing it on the chair next to me.
at 7:55 PM